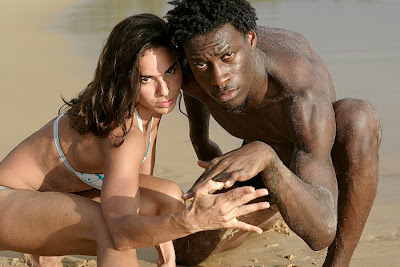 'Serendib' is one of the ancient names of modern Sri Lanka. In the West the offshoot word senendipity became common in the 18th century due to English man of letters, Horace Walpole. He coined the word, having been inspired by a Persian fairy tale, 'The Three Princes of Senendib' whose heroes often made discoveries by chance. To this day in Sri Lanka, senendipitous occurrences are common and often acknowledged ... like this one...
The 'Monk' (affectionate nickname for my son) and I were lolling around in the afternoon shade of the 'Drunken Monkey', one of our favorite Hikkaduwa surf beach spots. As we occasionally glanced seaward keeping an eye out for action in the surf or on the beach, our glance became a gaze when we spotted the graceful tandem moves of an apparently foreign couple frolicking on the shore. The more we watched the more we became caught up in their highly professional skills and mutual understanding executed adeptly on the edge of the lapping waves. After some time, the handsome couple headed our way and we couldn't help commenting on their beauty and what a treat is was to watch them in action. We introduced ourselves and became friendly in no time, which is common in that laid back setting. We learned they were indeed professional dancers from Paris, France and were on a short holiday in Sri Lanka, having recently performed in Colombo. Being quite humble and very accommodating, they agreed to meet me and my camera a little later in the day for a repeat performance down by the waterside. What a treat!...the best impromptu shoot ever!!!
Let me introduce Tamara Fernando and Kirikoo and share with you a few pix from our little time on the beach in Hikkaduwa... 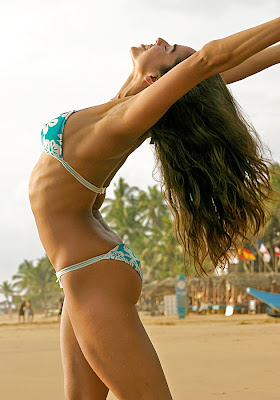 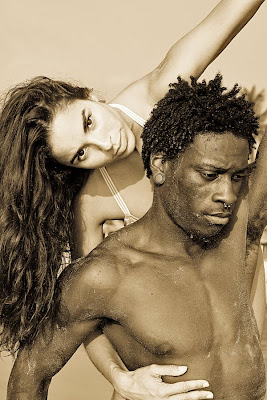 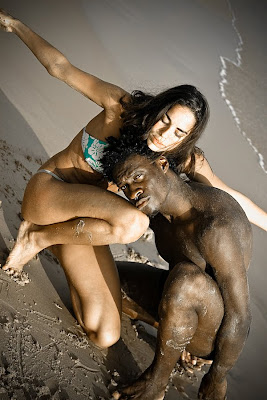 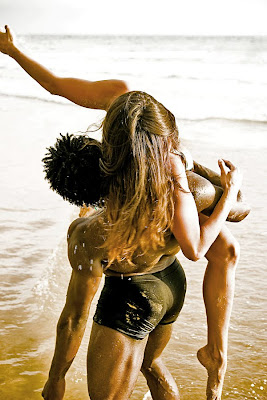 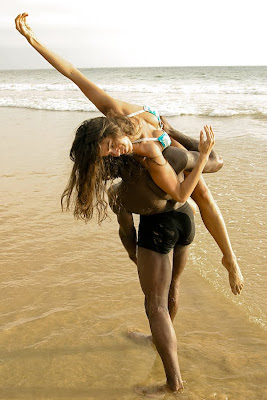 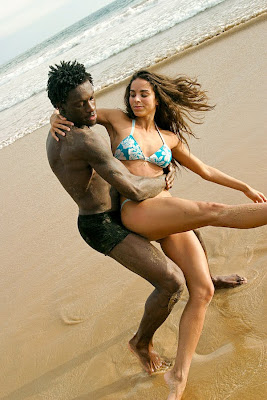 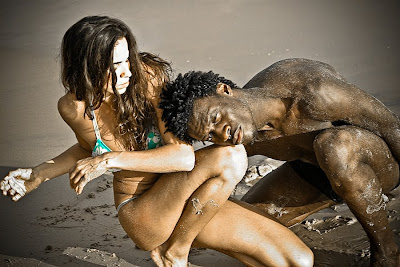 We even had a serendipitous rainbow show up during our short time together... 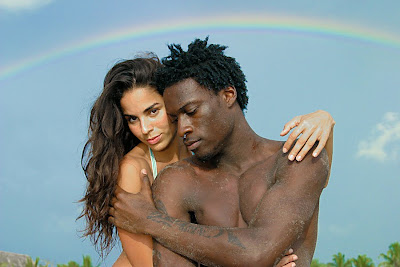 Keep your balance... you never know what's coming your way...
A bend in the road is not the end of the road unless you fail to make the turn...
Tom
Posted by Tom Tidball at 12:14 PM No comments:

WHEN THE MAN COMES AROUND... 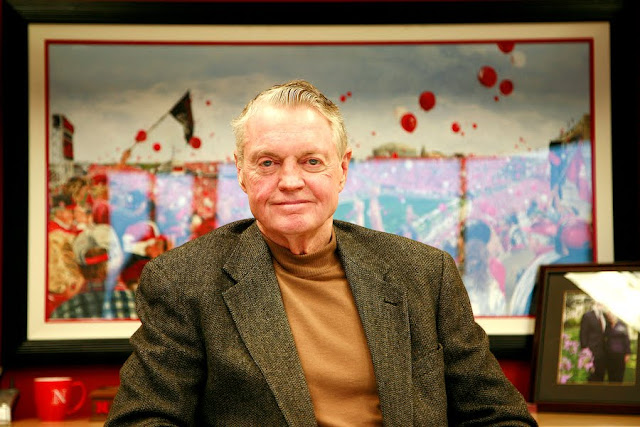 I recently met up with Dr. Tom Osborne, Athletic Director at the University of Nebraska, to get a shot for our upcoming 2010 issue of 'Lincoln Today' magazine. Coach Osborne was warmly welcomed back at the University in 2008 as AD to right the ship in Huskerville and restore traditions dear of the people of Nebraska... traditions envied by knowledgeable sports fans everywhere.
Considered one of the all-time best coaches in college football, Tom Osborne is a legend. Peerless as an offensive mastermind and fiercely competitive, he is most respected as a gentleman of principle and high moral character, who not only knows how to win but how people tick, as well.
In every sport, coaches are always looking for playmakers, impact players who rise to the occasion and make the difference in competition. But, no matter how talented the players, a winning team always needs 'a straw to stir the drink'...a phrase coined describing Reggie Jackson, 'Mister October', baseball superstar of World Series fame. Reggie once said, "I'll tell you what makes a great manager; a great manager has a knack for making ball-players think they are better than they are. He forces you to have a good opinion of yourself. He lets you know he believes in you. He makes you get more out of yourself. And, once you learn how good you really are, you'll never settle for playing anything less than your very best."
Coach Osborne had that knack.

Here are a few shots from the glory days when Coach Tom roamed the sidelines... 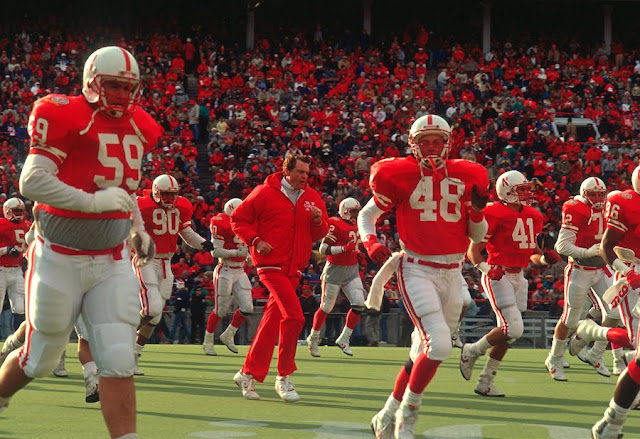 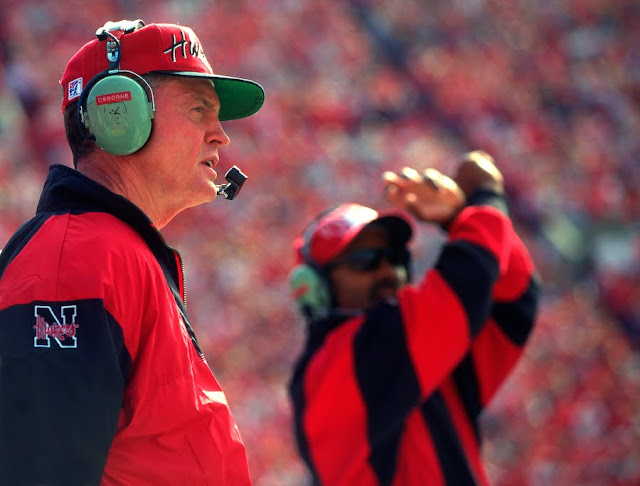 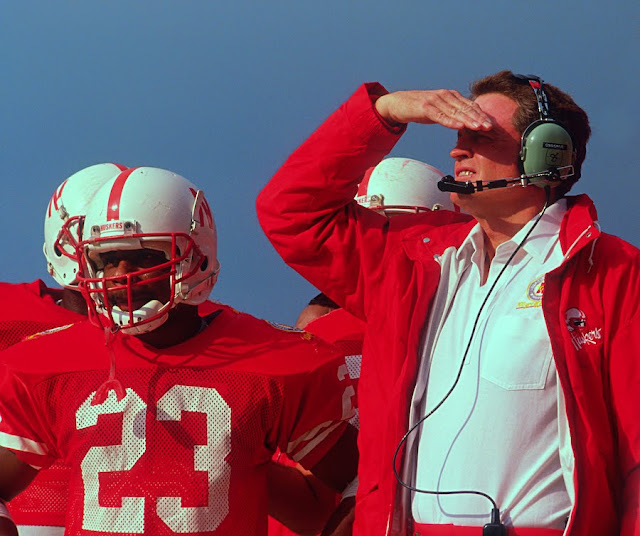 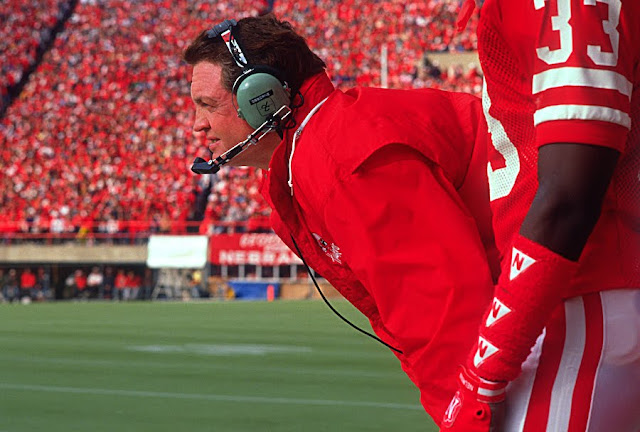 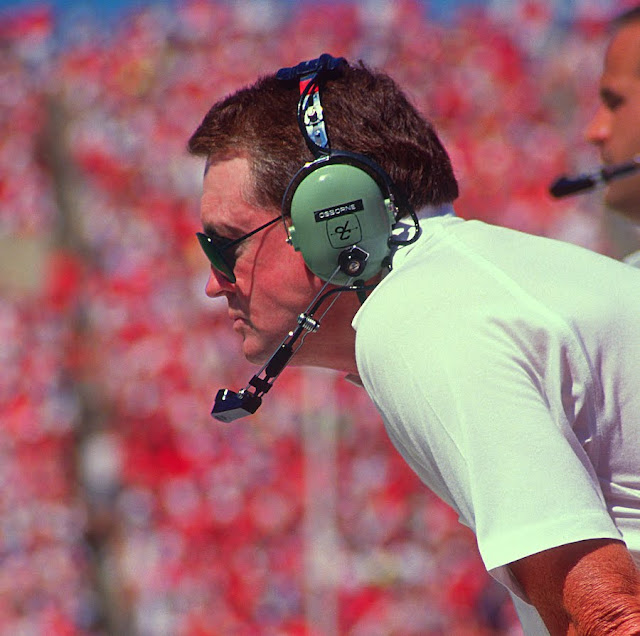 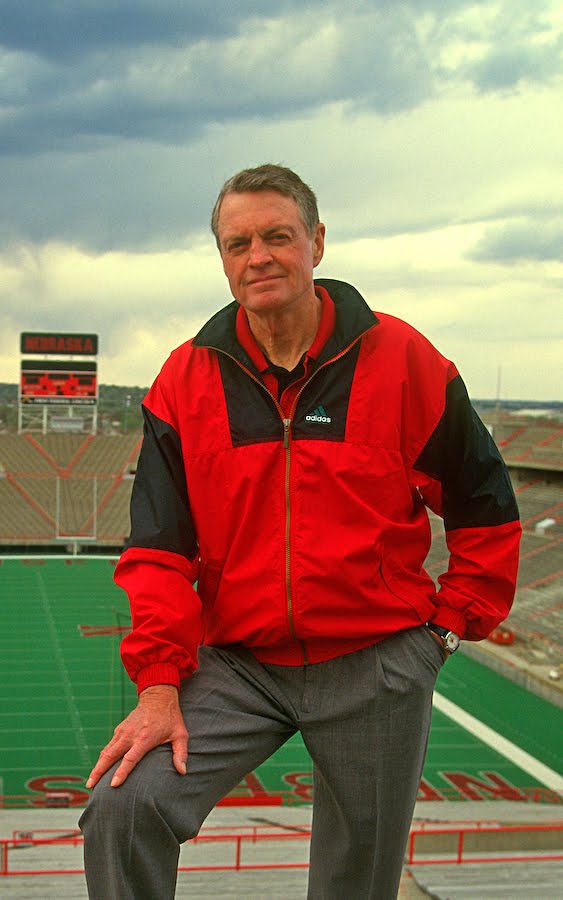 Coach Osborne always said the game was won by how you prepared in practice, and he always practiced what he preached...
... I should know since he was my Sunday school teacher when I was just a kid.

It's been a good run,