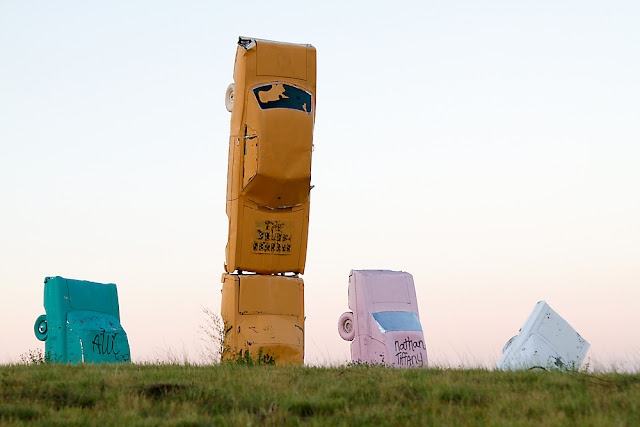 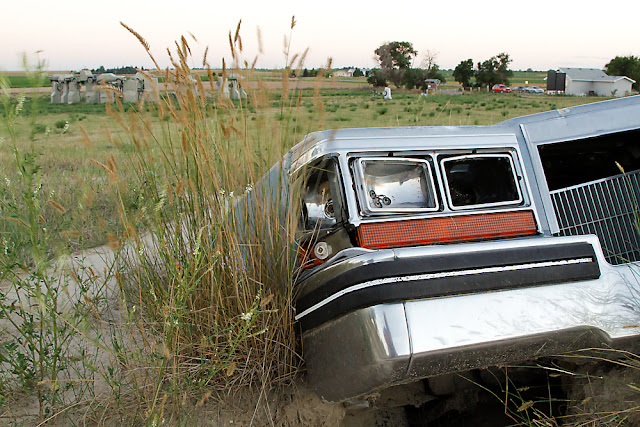 On our little road trip through the Sandhills, Sriyani and I were amazed by a not-so-natural phenomenon just outside Alliance in Northwestern Nebraska...
Was it someone's creative car parts junkyard?
Or, was it a really slow motion recycling center? 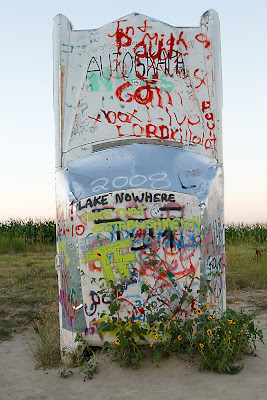 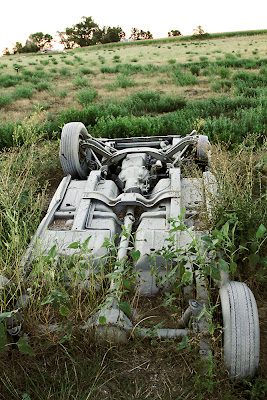 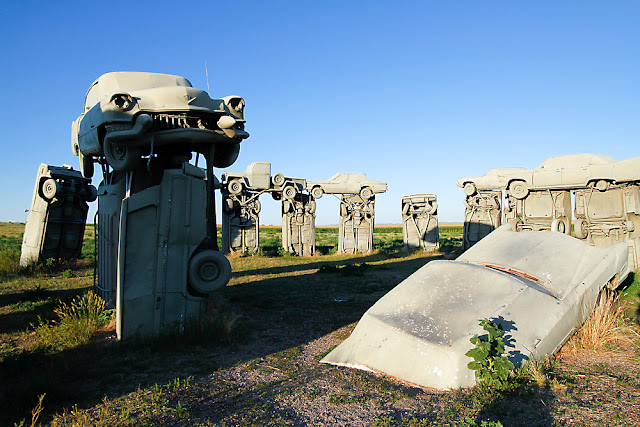 No, it was Carhenge! Built in 1987 by Jim Reinders with the help of 35 family members to honor his father who had farmed the land where it now stands. Jim's idea was to replicate the layout of the famous Stonehenge in England where he had previously lived and had opportunity to study the ancient ruins...this time using retired vehicles in place of stones. Check it out! We, along with 100,000 visitors from all over the world, were impressed. 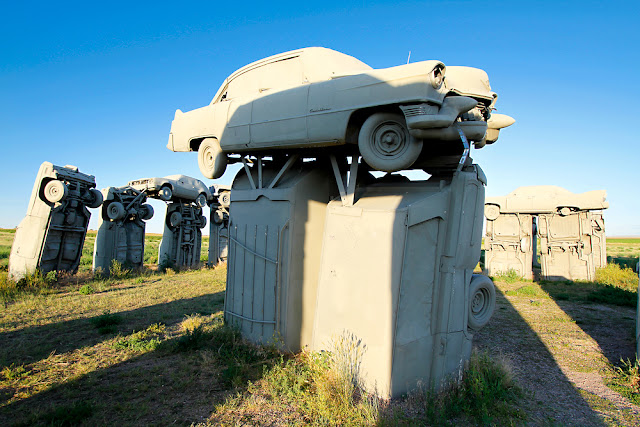 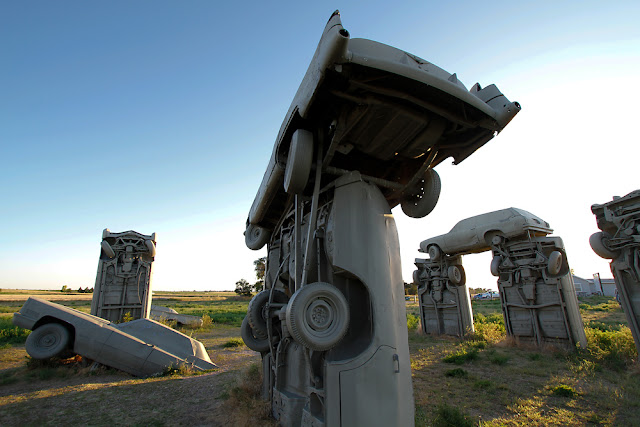 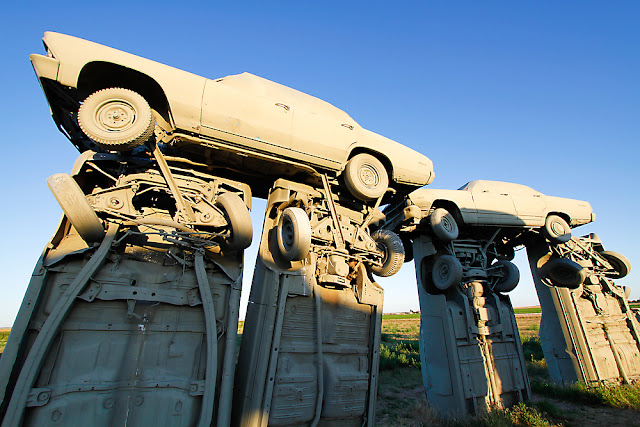 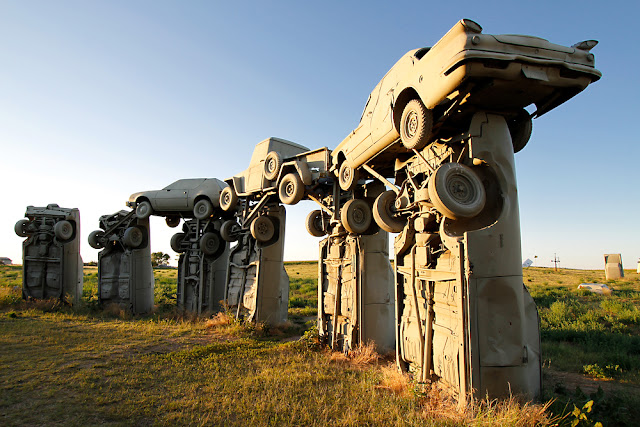 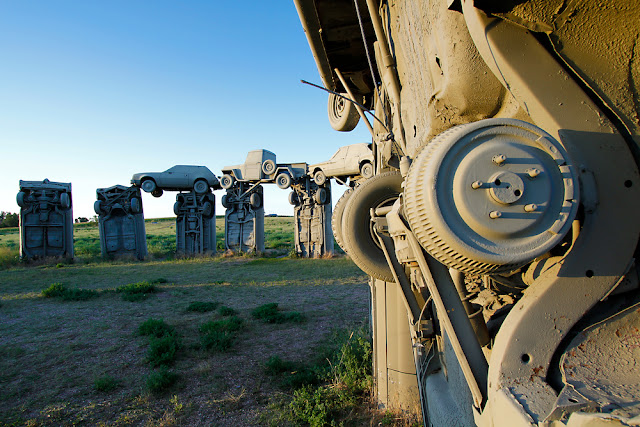 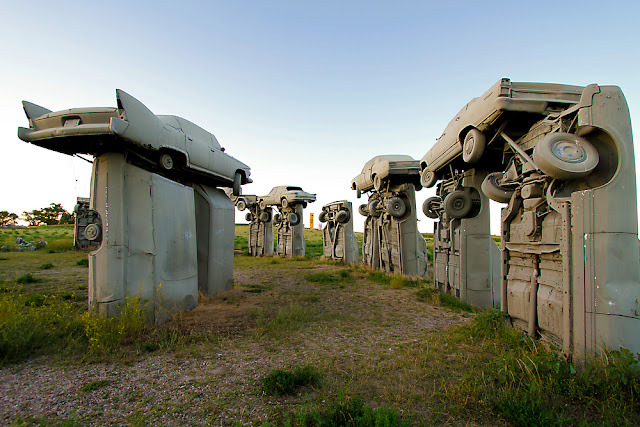 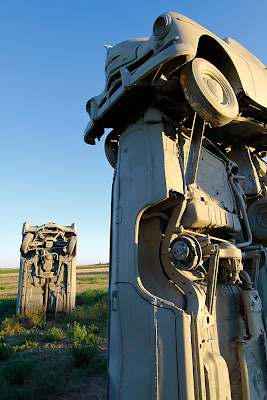 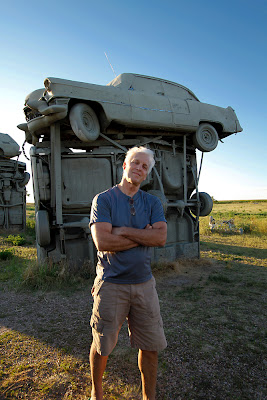 Here I am, feeling right at home. 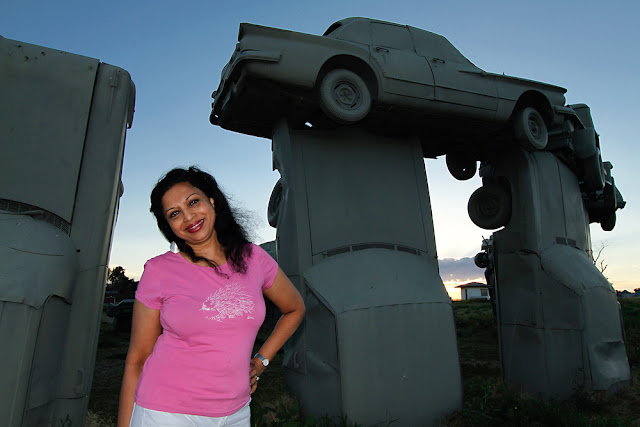 And, here is Sriyani...a long way from home. 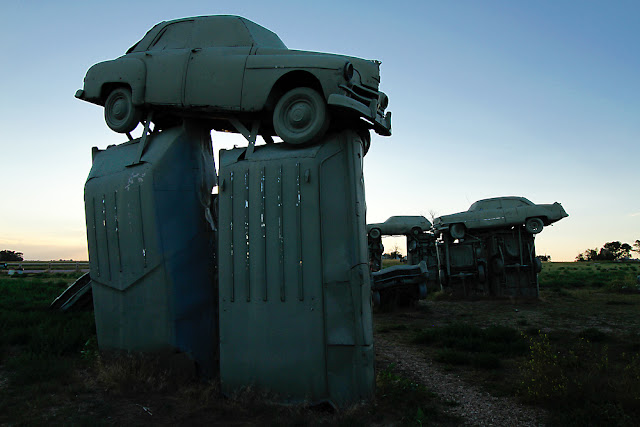 We decided to stay until the sun went down, but as it got dark we heard the distant wailing horn of a 1954 Studebaker. We thought it was a good time to move on. 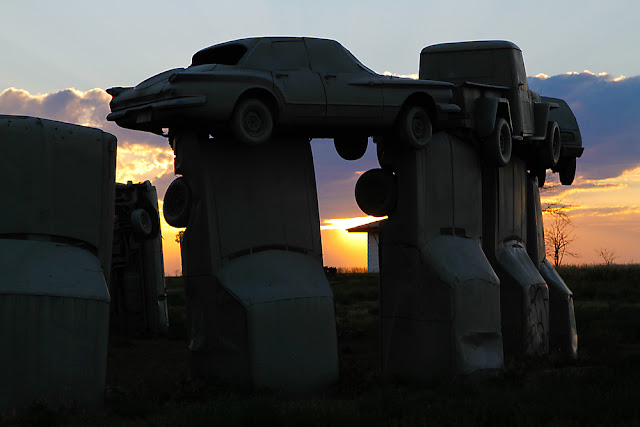 It's the same game...but on another level.
just passing through,
Tom
Posted by Tom Tidball at 10:17 PM 2 comments: